A man’s heart has been left in shreds as his girlfriend took off from his house to her village, unknown to him, it was for her traditional marriage.

@Enigma took to Twitter to recall having mind-blowing sex with his girlfriend ijeoma the night before she left his apartment in Lagos to her village for her cousin’s traditional marriage. The marriage was scheduled during the Christmas period. He narrated that prior to that fateful day, he and Ijeoma had plans of getting married the next year.

In his tweet, he revealed he also helped her in packing her stuff and buying needed things for the so-called “cousin’s” marriage.

Unfortunately, when she arrived at the village, her number was no longer reachable. This, however, got him scared that he had to travel to her village and got the shock of his life that his girlfriend, Ijeoma is married. 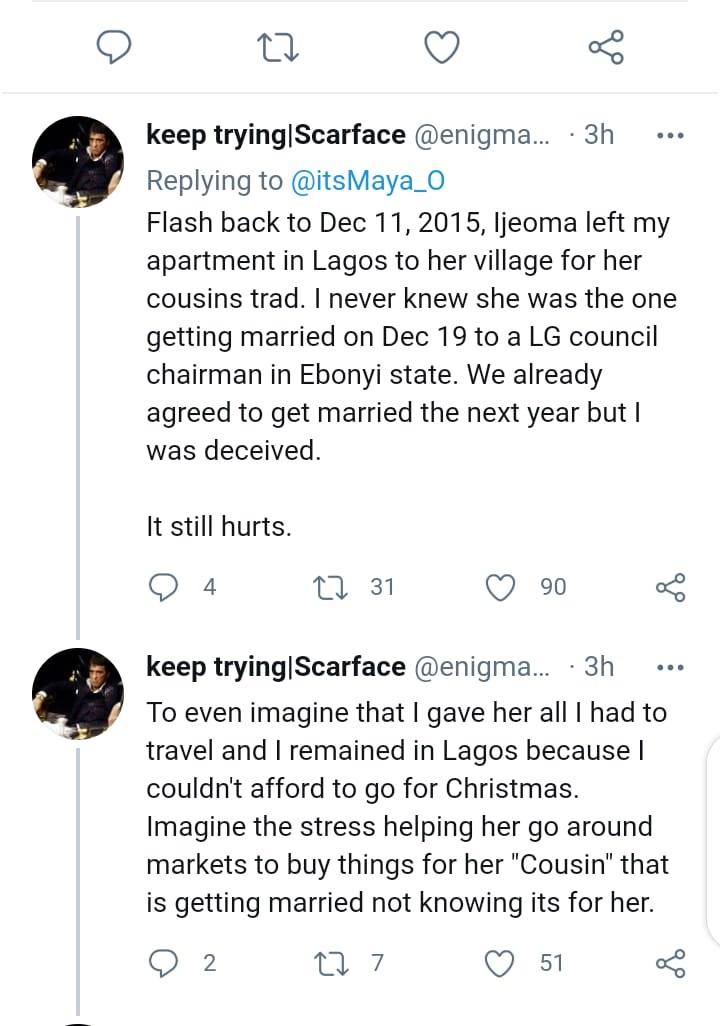 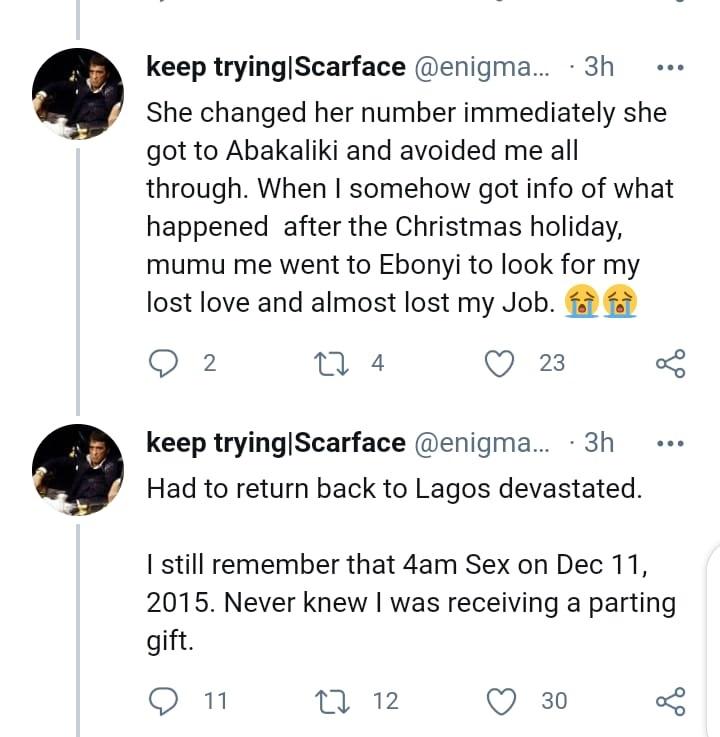