A lady took to her Twitter page to share her ordeal in a two years relationship that became futile after her boyfriend got married during the lockdown without her knowledge.

Here’s what she tweeted;

“It is exactly ONE year we got engaged cos he said he can’t live a day without me. The next day he said was going to Ibadan for a contract his Boss assigned him to supervise for him and immediately after that, there was an extra 2 weeks extension for lockdown and he couldn’t comeback

“As the lockdown extended, we talk on the phone every day and video calls which you will never suspect anything. I had to click on a comedy link I saw on chrome which redirected me to Facebook where I saw a profile photo of a lady and her husband as PEOPLE YOU MAY KNOW.

“I clicked on the profile cos something looks familiar and YES IT WAS FEMI ADEKUNLE OMO BABA TUNDE PHILLIPS. I SAVED THE PICTURES I SAW, SENT IT TO HIM ON WHATSAPP, AND THEN BLOCKED HIM AND CHANGED MY SIM CARD, THEN RELOCATED AFTER THE CORONA LOCKDOWN.

“AFTER 2 YEARS OF RELATIONSHIP, THE BASTARD COULD HAVE JUST BROKEN UP WITH ME BUT HE DECIDED TO PROOF TO ME THAT DEVIL LIVES IN HUMAN FORM.” 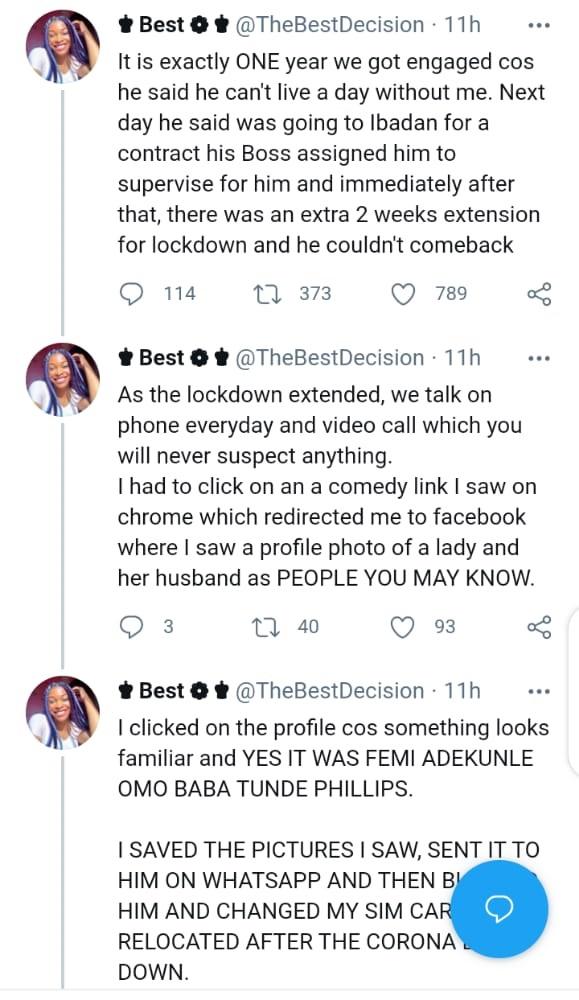 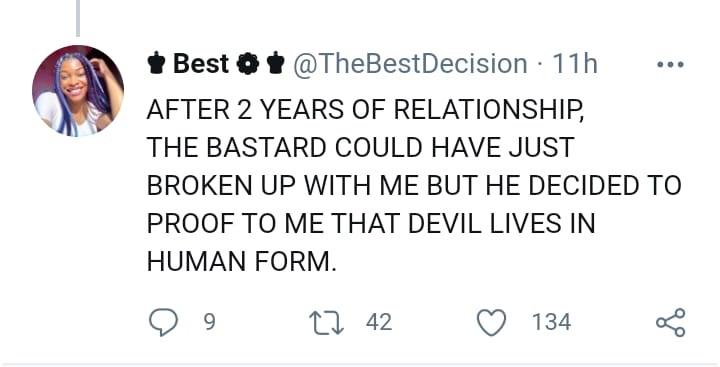 ADDRESS BY H.E. MUHAMMADU BUHARI, PRESIDENT OF THE FEDERAL REPUBLIC OF NIGERIA ON THE CUMULATIVE LOCKDOWN ORDER OF LAGOS AND OGUN STATES AS WELL AS THE FEDERAL CAPITAL TERRITORY ON […]

As the total lockdown continues across Nigeria in the wake of the Coronavirus pandemic, Pastor Chris Oyakhilome of Christ Embassy church claimed that Pastors are not ordinary people and that […]

The Lagos State Governor, Babajide Sanwoolu has announced the new adjustments made on the lockdown order in the state. After the gradual relaxation order giving by President Buhari on Monday, […]