According to the man’s post he reveal that DJ Cuppy is his wife.

“DJ Cuppy is my wife”

While many were wondering if he was trying to motivate or inspire himself with the tweet, DJ Cuppy went on to like the tweet which has sparked mixed reactions. 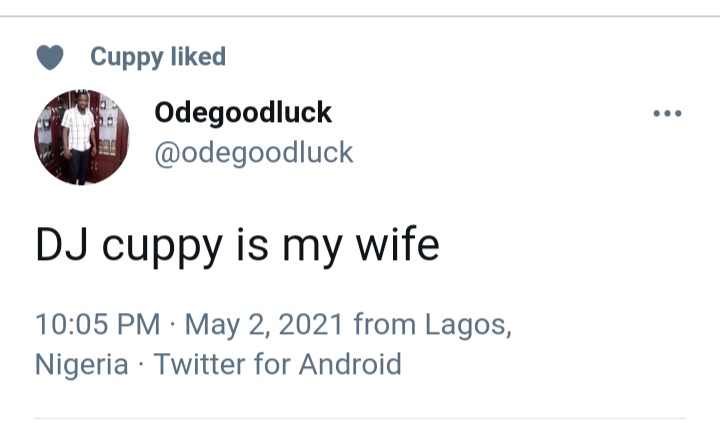