Davido has pen down to his Instagram page to declare Chioma’s son, Ifeanyi his heir.

In the list of Davido children Ifeanyi was his first son while he had two elder sisters namely, Imade and Hailey.

Although Davido’s alleged 4th baby mama, Larrissa gave birth to a boy too, the singer is yet to accept the child as his.

Sharing a photo of Ifeanyi, the father of three wrote; 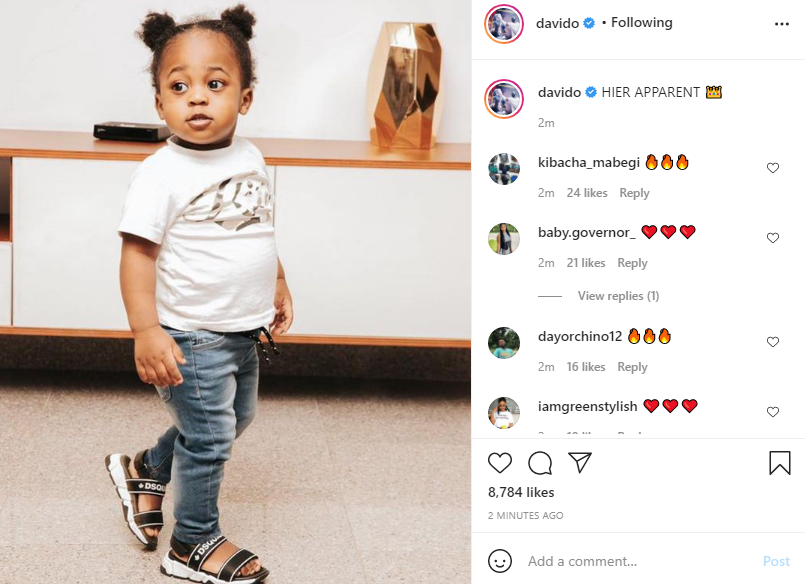 @amebo9ja_ wrote “To the throne”

@heiskester_david wrote “The heir to the empire”

@keswise_ wrote “the next OBO”

@rozay_955 wrote “He use belle resemble him papa”

@florish_floxy wrote “This one is small Davido, even though I don’t comment but I couldn’t hold it but to comment”