Olanrewaju Ogunmefun, one of well known Nigerian rapper, with a stage name of Vector is currently under fire following his alleged comments over the death of Pastor Adeboye’s deceased son.

According to the report it was gathered that Dare Adeboye died in his sleep on Wednesday in Eket, Akwa Ibom State, where he was based with his family. Singer Vector pen down to his Twitter account to make a tweet most Nigerians believe to be insensitive.

The statement is often made by pastors and many believe Vector is trying to take a swipe at Pastor Adeboye for losing his son despite giving assurance of life to his church members.

See some comments below: 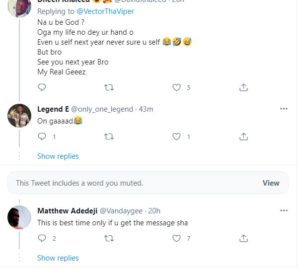 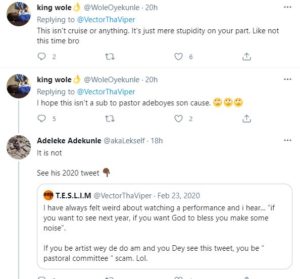 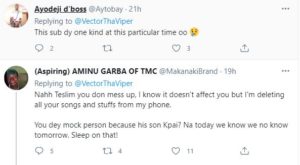 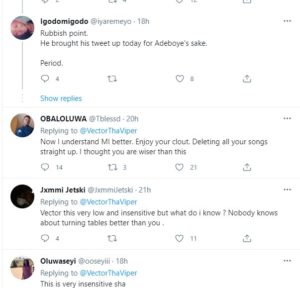