Davido’s PA popularity known as Israel DMW, just disclose that he will always apologize to Femi Otedola’s household due to the role he played in his education as at now and when necessary.

Recall that Israel DMW was in the news some months back when he was charged to court by DJ Cuppy, Femi Otedola’s daughter over some comments he made about her.

However, Israel DMW apologised to the singer, an action that raised eyebrows among some fans.

Israel has now slammed those calling him out for apologising to DJ Cuppy and Femi Otedola noting that he would go any length to ensure he does not have grudges with them. 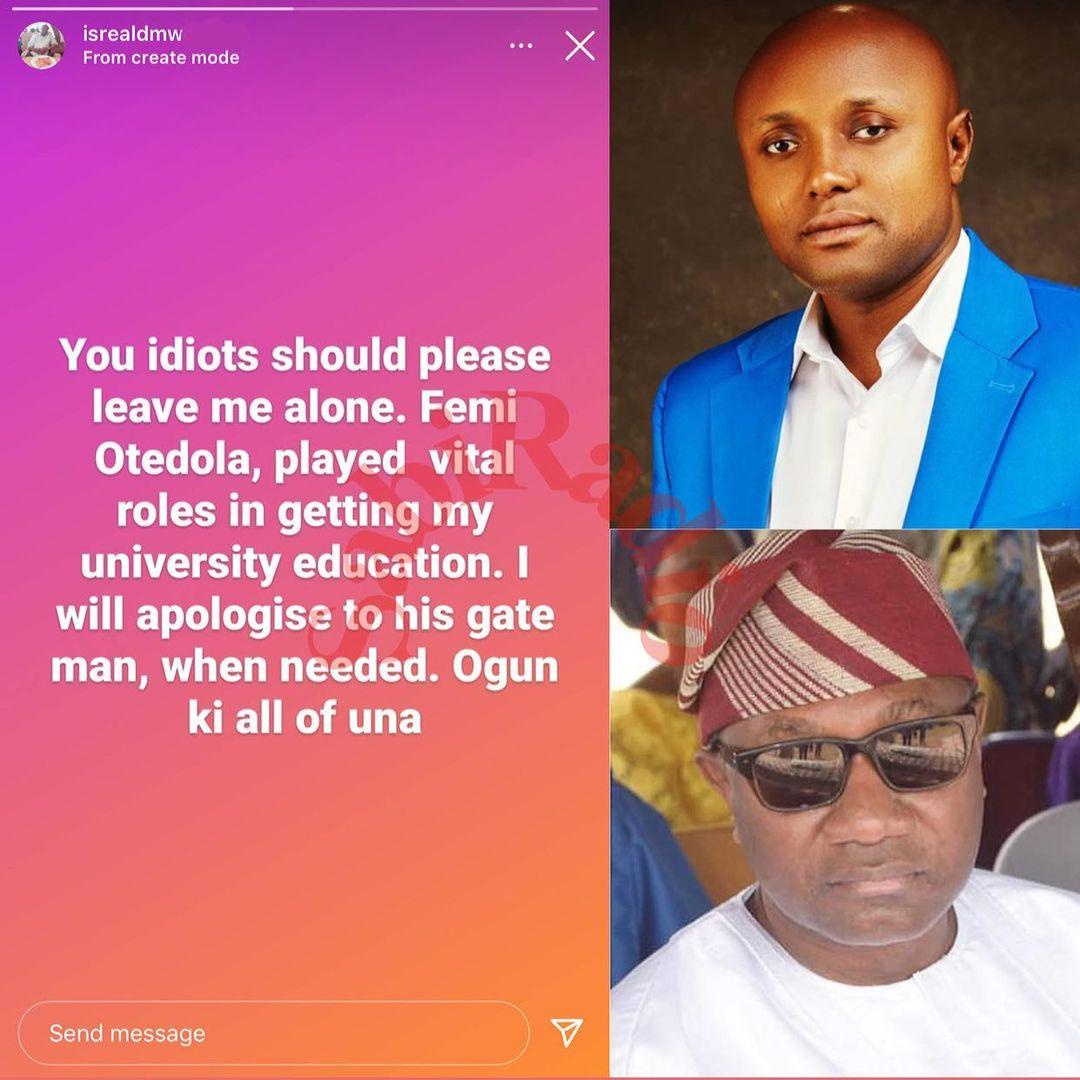