Etinosa Idemudia, one if the most popular Nollywood actress, has disclose the issue of her crashed marriage.

According to the information provided by the actress it was made known that the crash of her six-month-old marriage, make it her second failed union.

This comes after a controversial blogger, Stella Dimoko Korkus published an article on the marriage collapse of the actress with claims of getting the gist from a reliable source.

Reacting to the report, Etinosa Idemudia blasted the blogger and her source who keeps leaking information about her private life just as she did during her secret pregnancy. 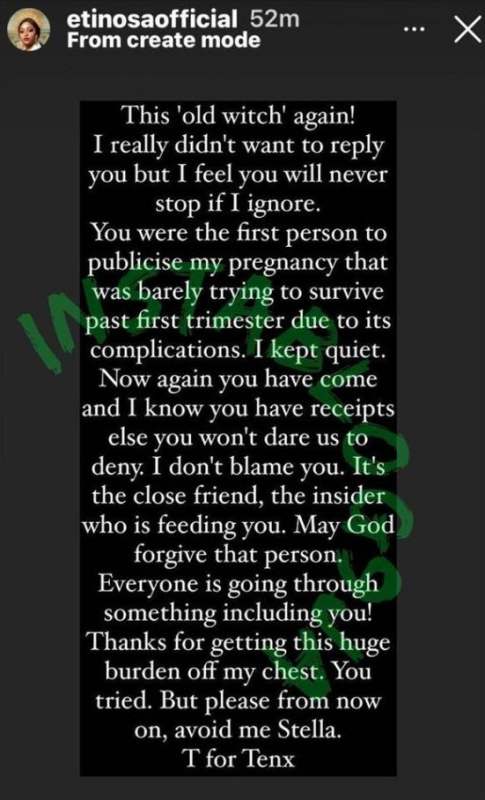