Following a massive wishes from friends and Davido fan over his 10th Anniversary in music industry, this make Davido react to Those who refuse to congratulate him.

The most influential African artist Davido celebrated 10th year in the music industry was a big one while Jack Dorsey the twitter CEO created another emoji for #davidoat10 to celebrate his milestone.

Following the celebration, a Twitter user identified as Wande observed that some of the big artists in the industry failed to celebrate and praise Davido on his 10th anniversary.

“Most of the praises Davido got for his 10 years anniversary came from his fans… His colleagues out there acting all bling and shii”.

Though Wande didn’t mention the names of these artists, we suspect he might be referring to Wizkid and Burnaboy who snubbed all Davido’s 10th-year celebratory posts. 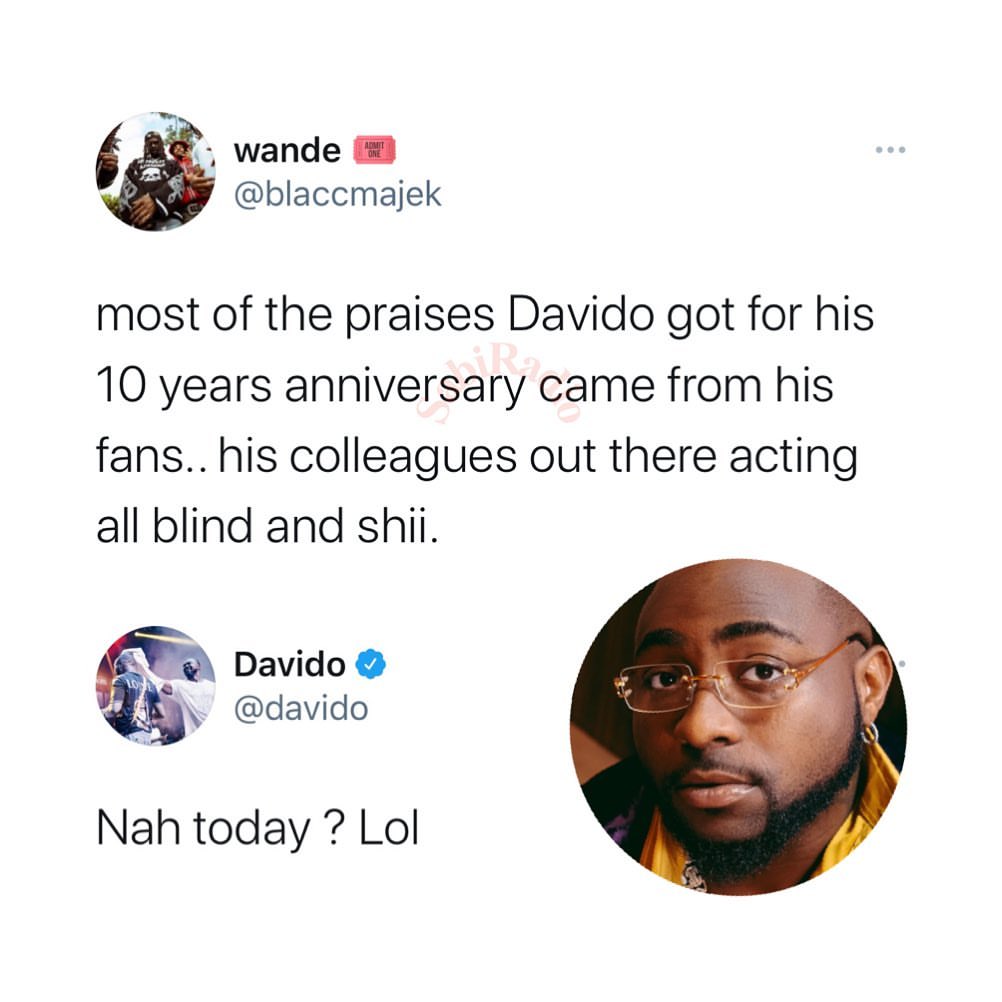