It was gathered that young Nigerian man has pen to his social media page to proclaim that celebrity artist, Davido stole his hit song “Jowo” from another Nigerian artist, Victor AD.

The twitter username with a handle if @thuglife has make a revelation that the artist Victor AD confronted Davido after his song was stolen, but that he blocked him on all of his social media sites. 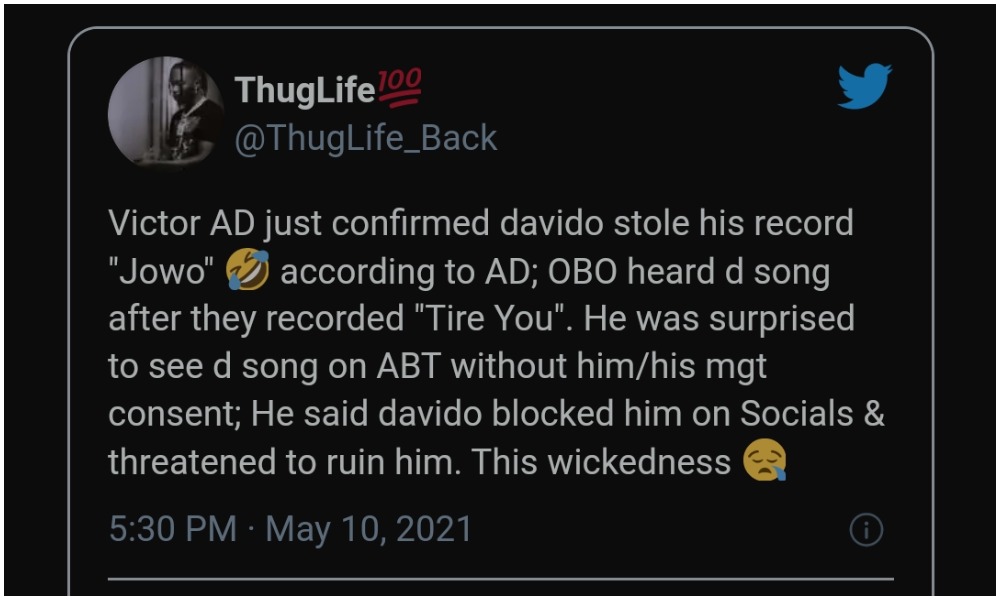 The hit track “Jowo” is from Davido’s 17-songs album “A Better Time,” which is his third studio album and a follow-up to his 2019 release “A Good Time.”