It was reveal by the mother that her son was wearing mufti to school because he hasn’t receive his uniform.

Captioning the photo of her little one on his way to school, the 32-year-old wrote;

“Day 1…Novah Goes to school… by Tomorrow we suppose don collect uniform… I can’t be more proud of how God helped me in raising such a smart kid… May God give you wisdom, knowledge and understanding Son @king_elijah_success” 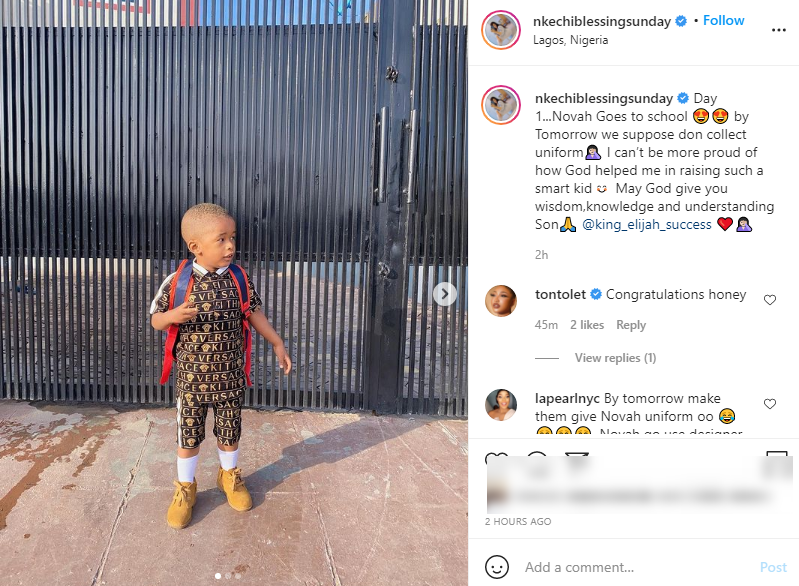 @lapearlnyc wrote “By tomorrow make them give Novah uniform oo. Novah go use designer oppress them for there”

@iam_nonnyj wrote “I don’t think the girls in his class will concentrate ooo. …cos he’s so cute”

@iamkemijibril wrote “Else dem go hear ahm for that school, he go finish them with designers”

@_alypse wrote “Novah is rocking designers to school.. they had better give him uniform ooh”