The American model took to Instagram to share a cute photo of herself slaying on her Instagram page. Adenike who was mesmerized by the picture gushed over her beauty with a love emoji.

This singular act of hers gave her up to a ruthless dragging as Netizens accuse her of being in support of the relationship between her cousin Davido and his American girlfriend. 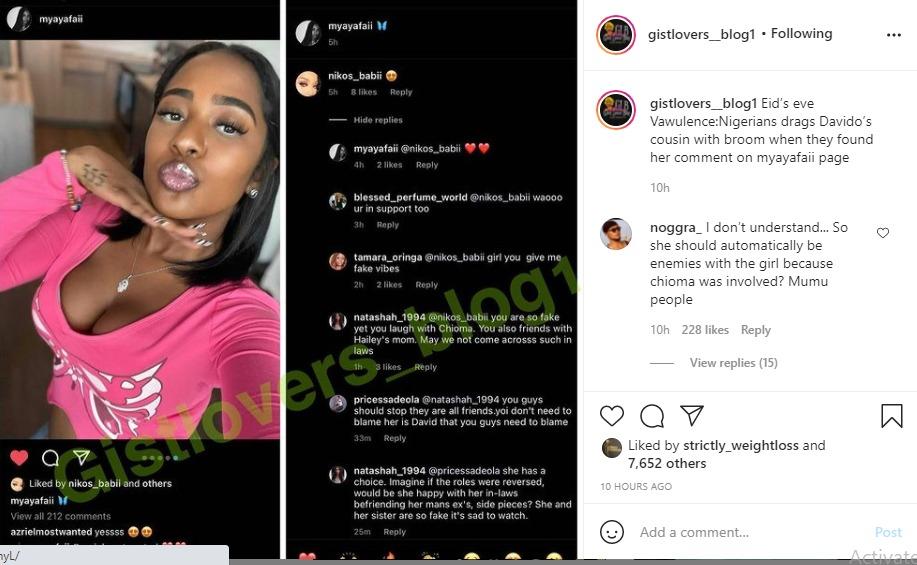 Tamara origina wrote: @niko_babii girl you give me fake vibes

natasha_1994 wrote: You are fake yet you laugh with Chioma. You also friends witth Hailey’s mom. May we not come across such in-laws.

princessadeola wrote: You guys should stop they are all friends. You don’t need to blame her is Davido that you guys need to blame.

natasha_1994 wrote: she has a choice imagine if the roles were reversed, would she be happy with her in-law befriending her man’s ex-side pieces? She and her sister’s are so fake, so sad to watch.