The female actress reveal that it’s not easy being a mother and also working at the same time in a statement via her social media account.

The mother of three who is married to IrokoTV boss, Jason Njoku said women have to either choose one or do a little of both, adding that men should also support their wives to create a balance.

Giving an example of a friend’s husband who complained to her that his wife has refused to work because she’s raising their four boys, Mary asked how he expects her to do both fully especially as the children are under the age of 10. 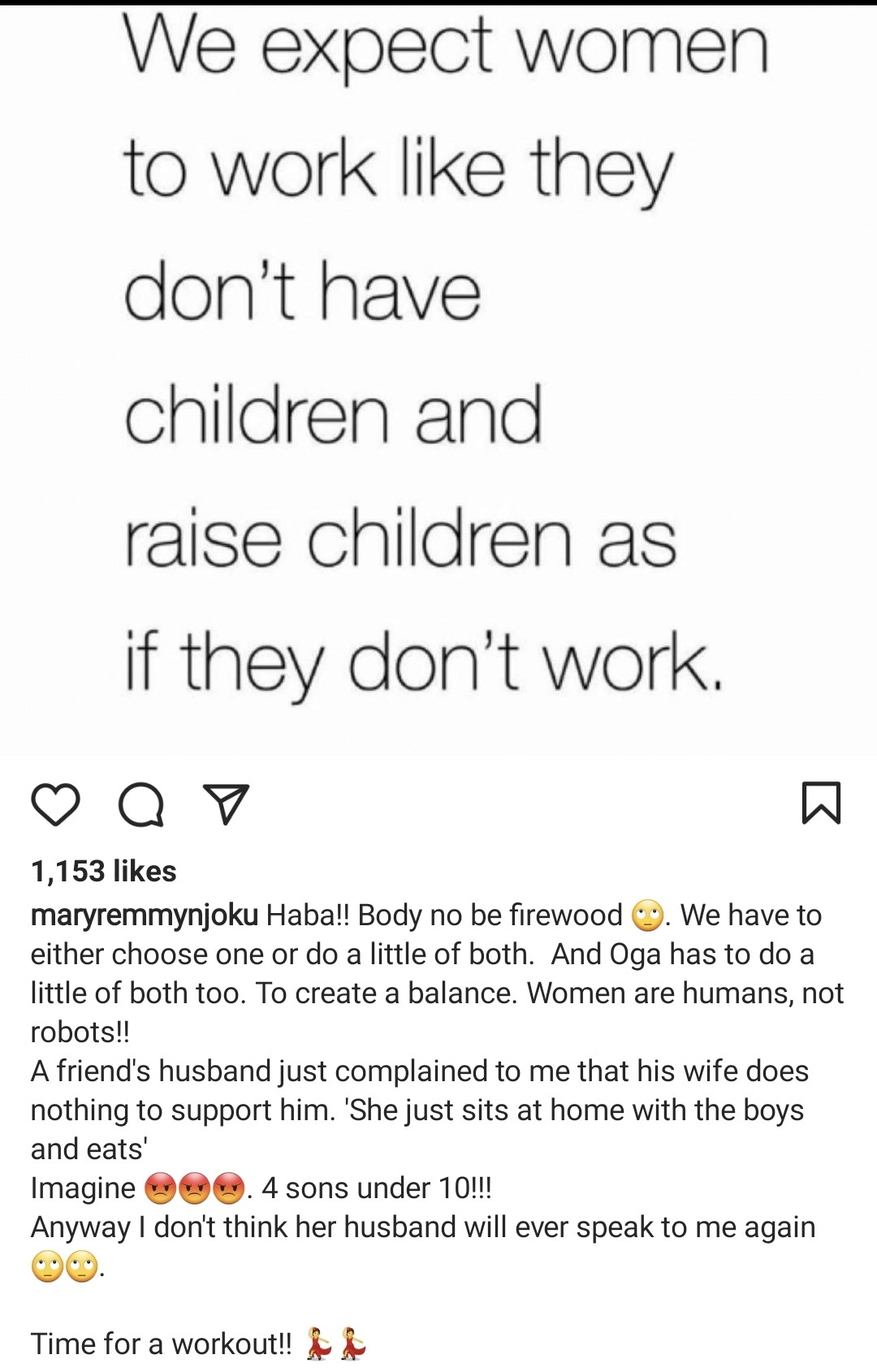