Popular Nigerian singer, Peruzzi trigger mixed reactions after declaring the last time he stepped foot in Church as a result of meeting the DMW boss, Davido.

Peruzzi had stated in an interview that he has not been to Church in like 4 years since he met the superstar singer, Davido.

His claim however triggered reactions with fans who questioned where his faith lies; in a true God or in his boss, Davido.

“That’s because you see him as your God. But remember there is and will always be one God and that’s Almighty God,” a concerned fan wrote.

See more reactions from fans below … 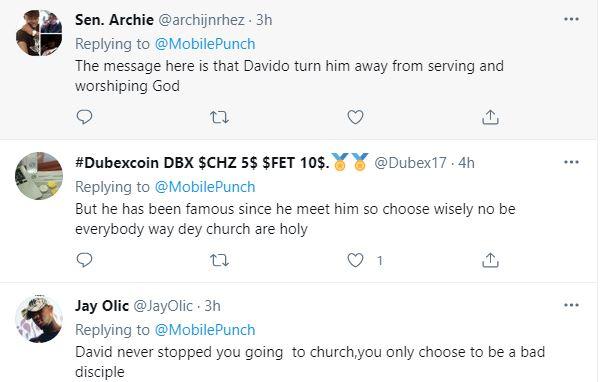 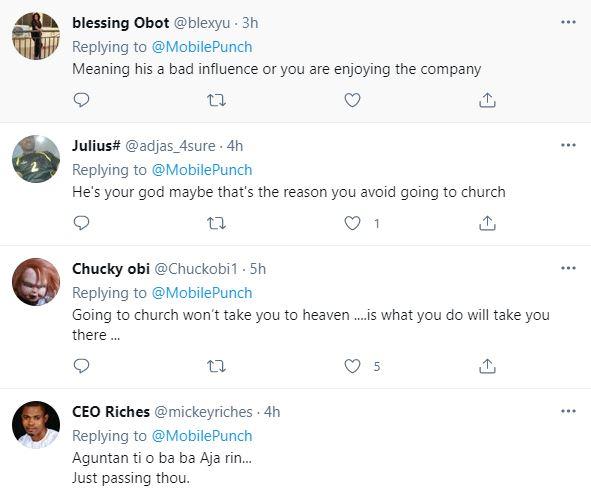 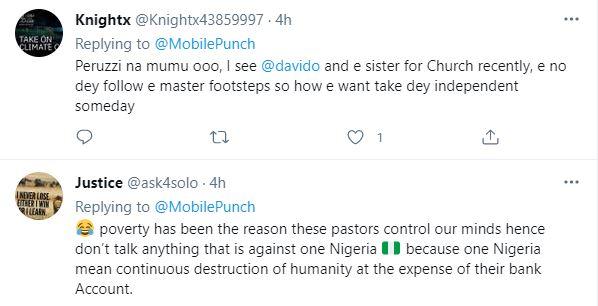