Idris Okuneye, a well known Nigerian cross-dresser, better known as Bobrisky just make a revelation about what she get for fans during his upcoming 30th birthday.

Bobrisky’s scandals have continued to dominate the social media landscape, and it’s unlikely that he’ll slow down anytime soon.

It was gathered that the cross dresser was recently involved in a dramatic scene with his Ivorian personal assistant, Oye Kyme, who accused him of physical abuse.

With both sides now agreeing to live in harmony, Bobrisky announced on his Facebook page that his 30th birthday present would be a large booty.

He will be heading out of the country soon, according to the dramatic queen, to get the operation performed once and for all.

My birthday gift this year is a big booty. Off

I will be off soon guys. My birthday is august I need to put my body together before then. By d time I come back haaaaa una no get rest for this Instagram o big ass shaking everywhere. 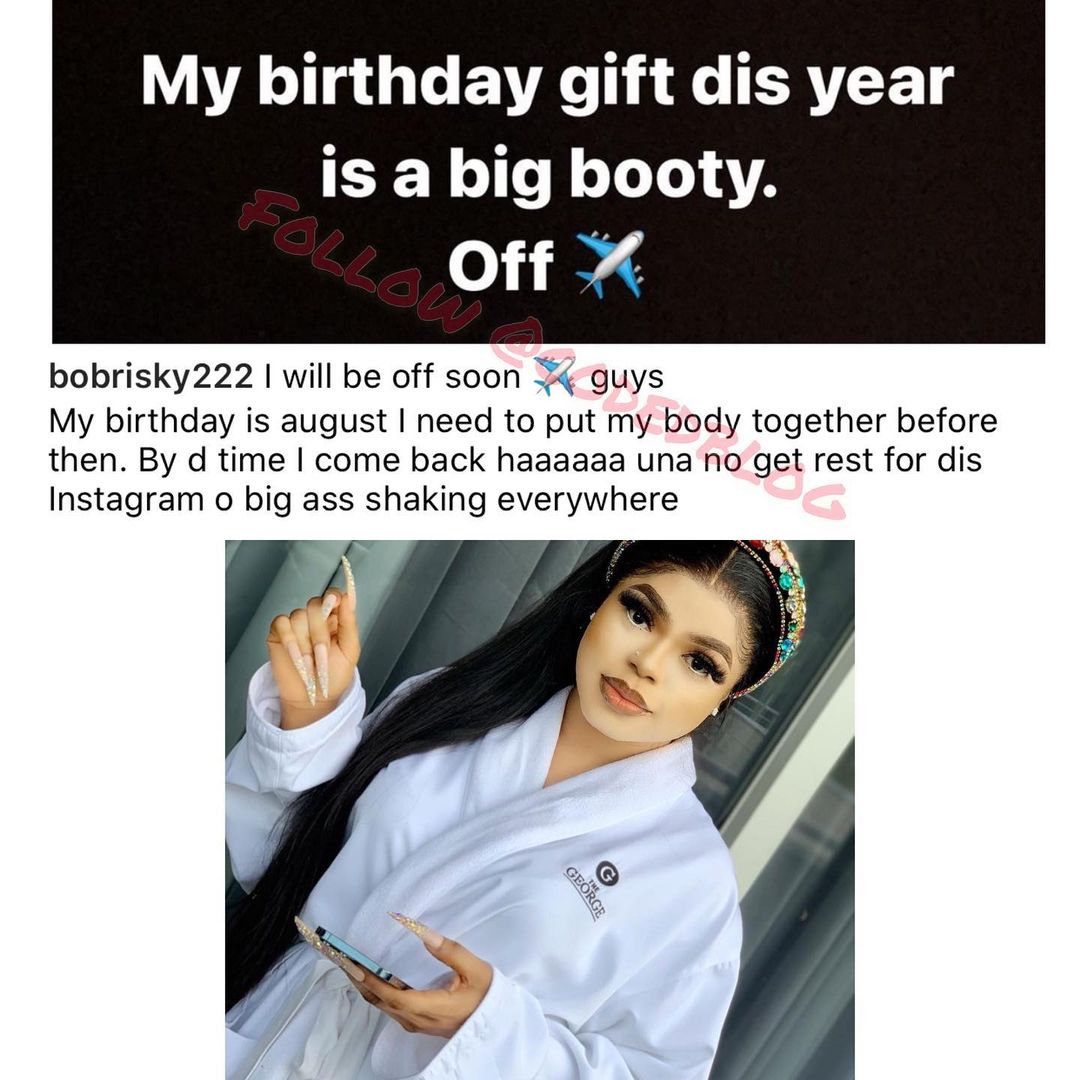