Tekno, One of the most popular nigerian singer, songwriter, and producer has reportedly received award of Gold Plaque from the Recording Industry Association of America (RIAA) over his effort to produce and contribute to Davido’s 2017 hit track, ‘IF’.

Following some weeks after Davido achieve Gold Certification from RIAA In 2021 after his 2017 hit song, IF went Gold in the US. An album or a track is recognized as a gold record by the Recording Industry Association of America (RIAA) only when it has sold over 500,000 Copies in the US.

Tekno is receiving a Gold Plaque for producing the Award-winning song. He took to Instagram to repost the picture of the Plaque after Davido celebrated him via his Insta story. 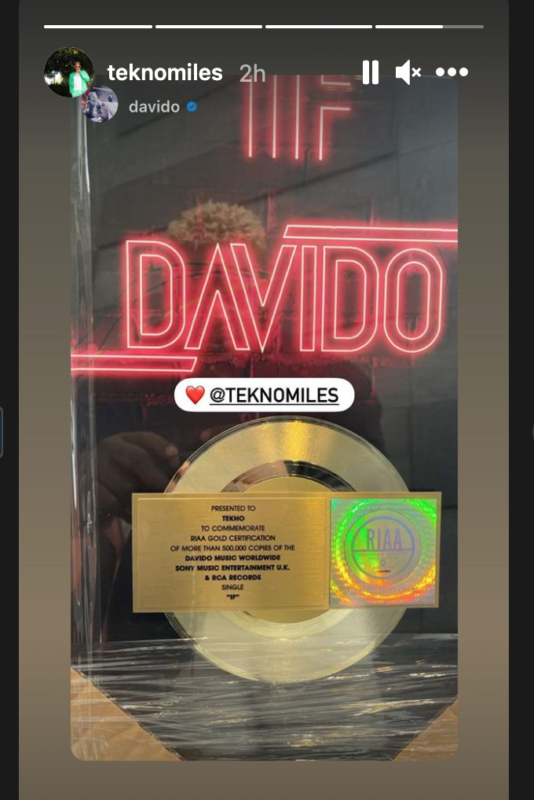