A son was enraged as his cheating mom accidentally sending him texts that she wanted to send to her boyfriend.

Following her husband departure the cheating lady has wanted to spend time with her lover in her matrimonial home. This make her wanted to message her boyfriend which later ended in her sons chat page, telling him that her husband had gone on vacation and that they would have the house to themselves

Her son, who was irritated by his mother’s affair with his father, expressed his displeasure, while his mother pleaded with him to keep his feelings to himself and refrain from telling his father about her misdeeds. 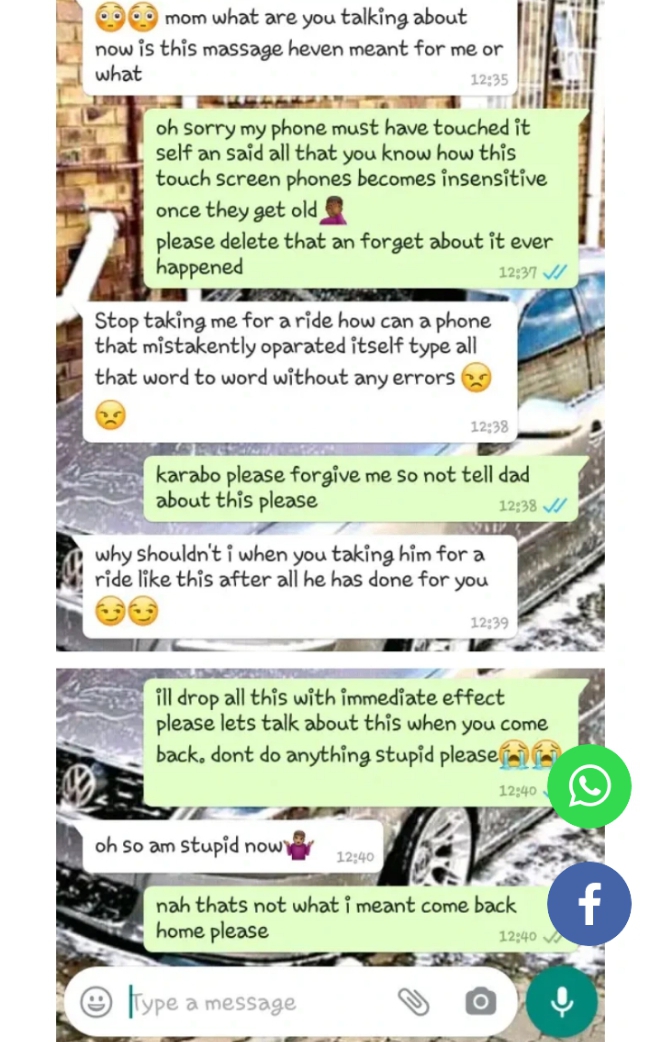