One of the most popular controversial Nigerian singer, Naira Marley has pen down to his Instagram page to warn people not to watch his next to released music video because of how crazy it will be.

According to Naira Marley, anyone who is not a marlian should not watch his next musical video because it will be crazy and he does not want complains. 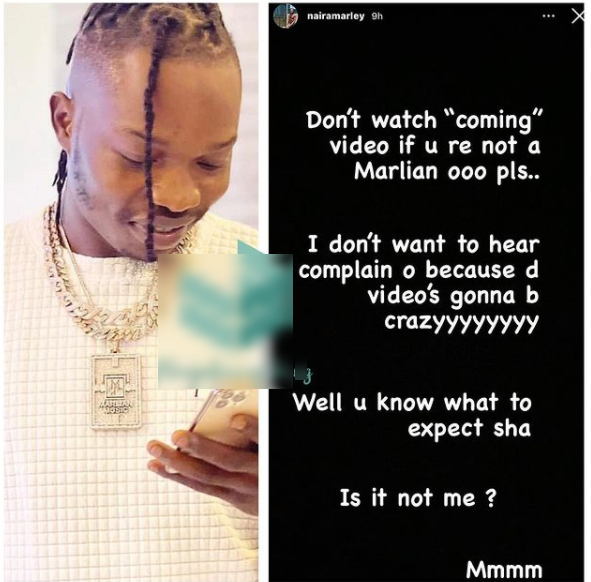 @oba_catalyst wrote “Marlians no get brain or moral compass, right? Senseless boy with empty skull followers. How can you say you will have sex with mother and child? Is he normal? Even if some families are useless, you don’t do and talk for Sanity sake!”

@mevenasplace wrote “This one wey wan do him, mother and sister, first for testing.Abeg video them make the world watch unrepentant male dog”