Singer, Rema Disclose Her Sound Should Be Called A Sub-genre Of Afrobeat “Afrorave”

Mavins Record singer and songwriter, Rema has declared that his genre of music should be called Afrorave, a sub-genre of afrobeat.

Rema who has become one of the biggest artists in the music industry revealed this new revelation via a series of tweets on his official Twitter account.

According to Rema, his sound which was tagged as an ‘Indian’ version has become the new wave in the music industry.

The talented singer and songwriter noted that the sound should be called “Afrorave” rather than the popular afrobeat.

Rema also promised to seal his new sound with an album, a statement that will come as a piece of good news to fans and lovers of good music.

See his tweets below: 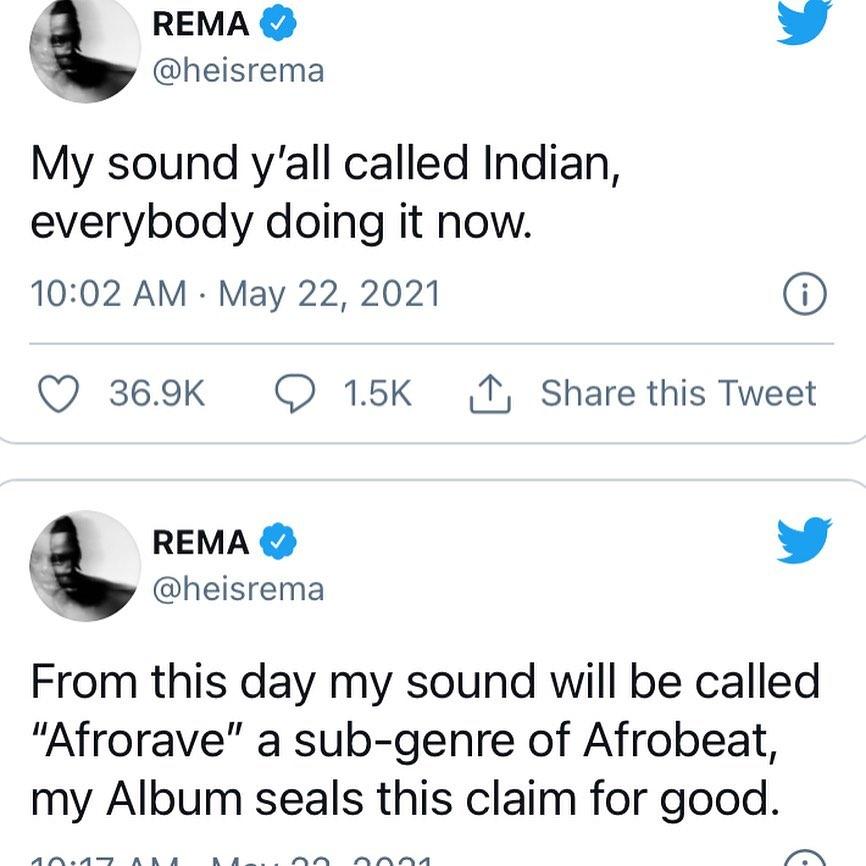