Mixed reactions as the united kingdom Prime Minister Boris Johnson and his aides were spotted in a video that has gone viral on social media running to catch a train.

Seen in the video, the united kingdom Prime Minister is seen waving as passersby called his name in which didn’t stop him from running until he gets to the train.

This makes Nigerians react and also share their idea of what would have happened in Nigeria if a political leader is running late to catch a train or plane.

See some of the reactions below; 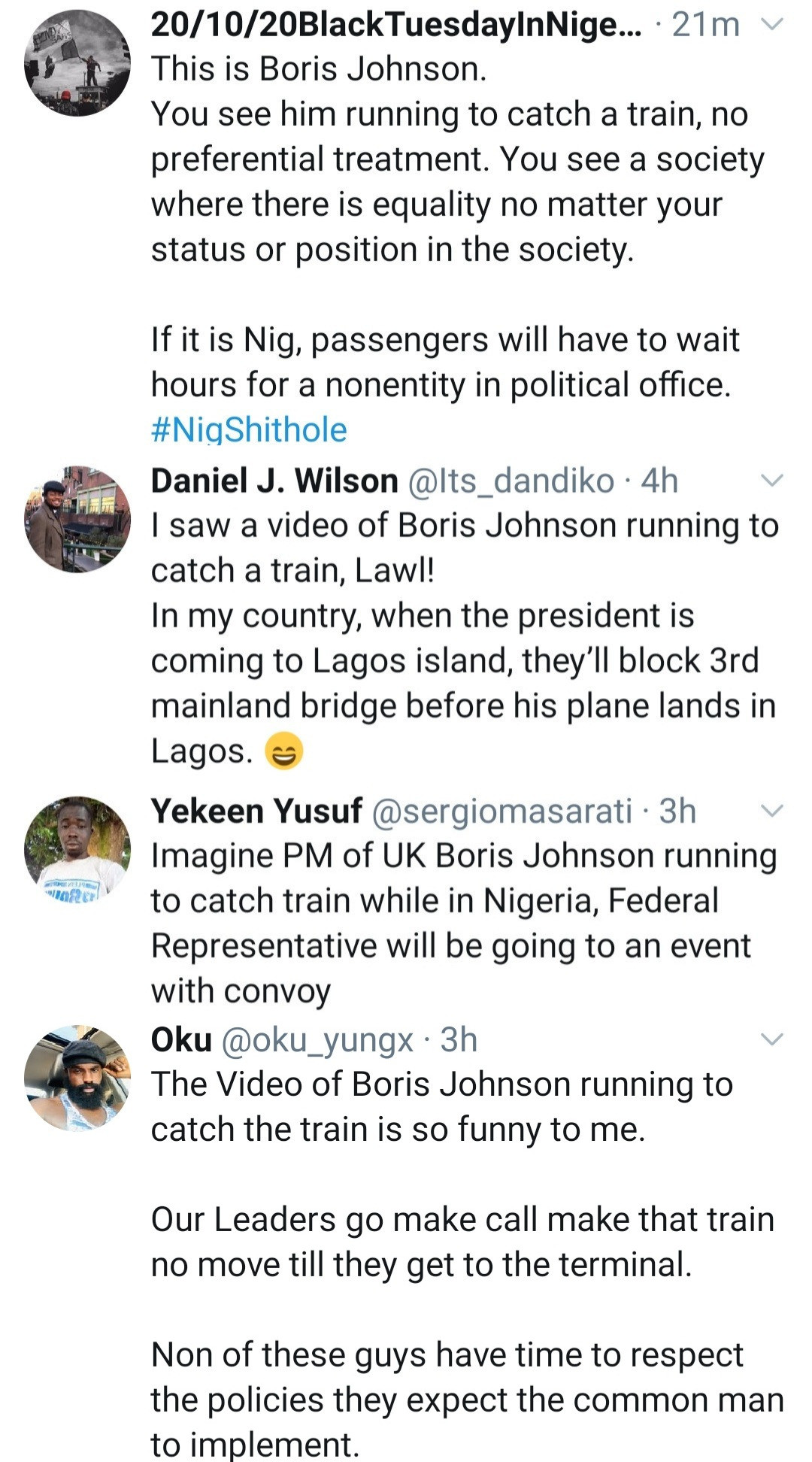 Watch the video below;