Man Reportedly Committed Suicide After This Happen To Him (Read Details)

It was reveal by a Twitter user who took to her page to narrate a painful ordeal that happened today after a woman gave birth to a child that bears her husband’s younger’s brother birthmark.

The users identify as @realgeraldine has disclosed that a man died of a heart attack this morning after his wife gave birth to a baby boy with the younger brother’s birthmark.

According to the narrator, she disclosed that the man who was poor was living under the same roof with his younger brother as he was promised financial help.

“My neighbor died of a heart attack this morning. He knew his wealthy younger bro is sleeping with his wife but kept calm because he’s living in younger Bro’s house and he also promised to help start a business 4 him. Wife just gave birth to a baby boy with younger bro’s birthmark”. 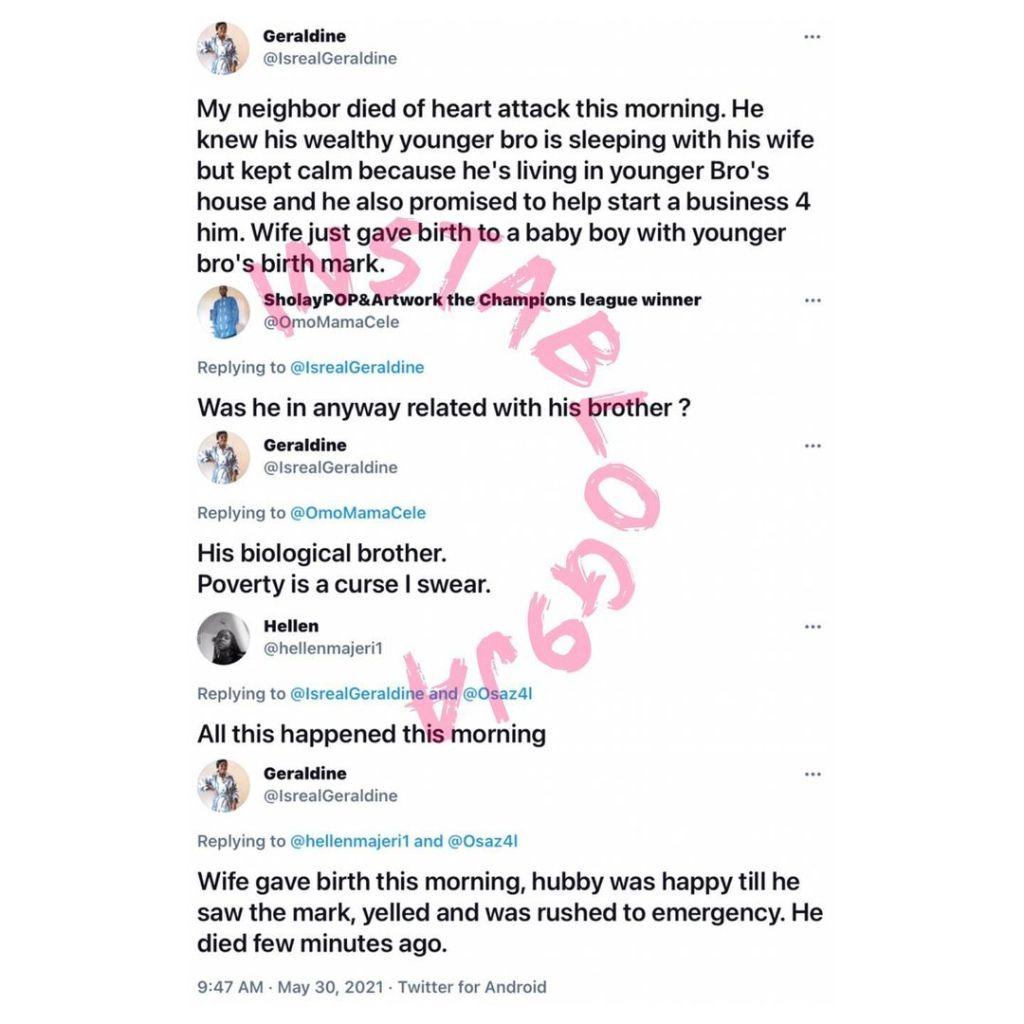